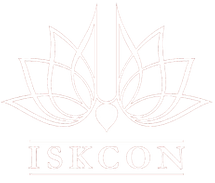 ISKCON - How it Began

The International Society for Krishna Consciousness (ISKCON), was founded by His Divine Grace A. C. Bhaktivedanta Swami Prabhupāda in New York City in 1966.  Srila Prabhupada, has drawn appreciation from scholars and religious leaders alike for his remarkable achievement in presenting India’s Vaishnava spiritual culture in a relevant manner to contemporary Western and worldwide audiences.

ISKCON belongs to the Gaudiya-Vaishnava sampradāya, a monotheistic tradition within the Hindu culture. It is based on the Sanskrit texts Bhagavad-gītā and the Bhagavat Purana, or Srimad Bhagavatam. These are the historic texts of the devotional bhakti yoga tradition.  These teach that the ultimate goal for all living beings is to reawaken their love for God, or Lord Krishna, the “all-attractive one”.

God is known across the world by many names including Allah, Jehovah, Yahweh, Rama, etc. ISKCON devotees chant God’s names in the form of the Maha-Mantra, the great prayer for deliverance: 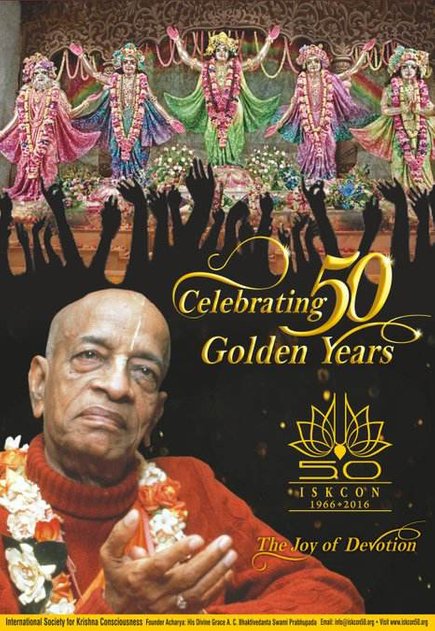 Many leading academics have highlighted ISKCON’s authenticity.  Professor Diana Eck, Professor of Comparative Religion and Indian Studies at Harvard University, describes the movement as “a tradition that commands a respected place in the religious life of humankind.” In the 1980s Dr. A. L. Basham, one of the world’s authorities on Indian history and culture, wrote that, “It arose out of next to nothing in less than twenty years and has become known all over the West. This, I feel, is a sign of the times and an important fact in the history of the Western world.”

ISKCON members practice bhakti-yoga in their homes and also worship in temples. They also promote bhakti-yoga, or Krishna Consciousness, through festivals,  performing arts, yoga seminars, public chanting, and the distribution of  books. ISKCON members have also opened hospitals, schools, colleges, eco-villages, free food distribution projects, and other institutions as a practical application of the path of devotional yoga. 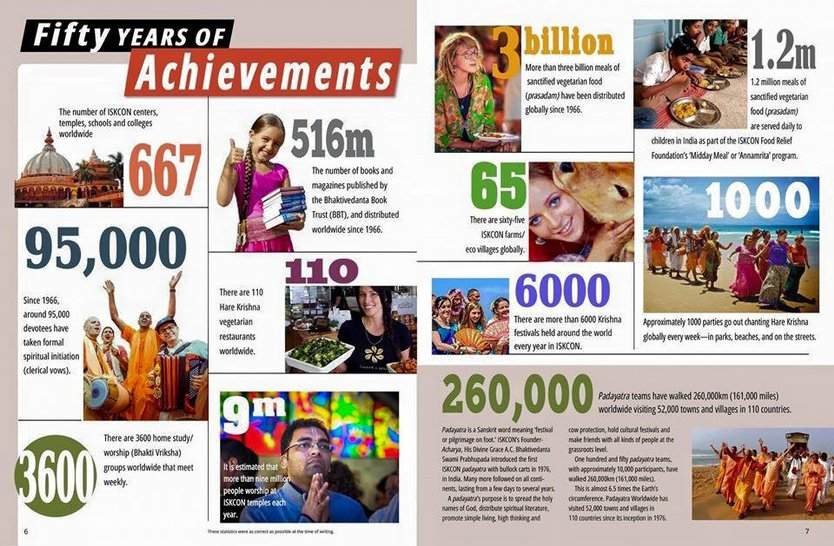 Who is Srila Prabhupada ?

His Divine Grace A.C. Bhaktivedanta Swami Prabhupada (1896-1977) is widely regarded as the worlds leading exponent of the teachings and practices of Bhakti-yoga to the Western world.

Born Abhay Charan De on 1 September 1896 in Calcutta, he became involved with Mahatma Gandhi’s civil disobedience movement when he was a youth.   However, a meeting with a prominent scholar and spiritual leader, Srila Bhaktisiddhanta Sarasvati, proved most influential on young Abhay’s future calling. At their first meeting Srila Bhaktisiddhanta Sarasvati asked Abhay to bring the teachings of Krishna to the English-speaking world. Deeply moved by Srila Bhaktisiddhanta’s devotion and wisdom, Abhay became his disciple.  In 1965, at the age of 70,  he began his journey  to the West to carry out his mentor’s request. 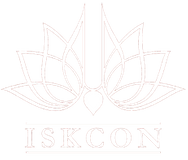 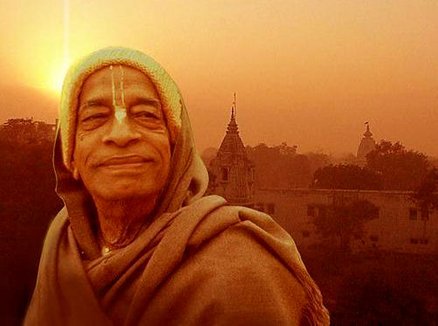 Abhay Charan, now known as Bhaktivedanta Swami, begged free passage on board a cargo ship to New York. The journey was treacherous and the elderly spiritual teacher suffered two heart attacks. After 35 days at sea he finally arrived at a lonely Brooklyn pier with just seven dollars in Indian rupees and a crate of his translations of sacred Sanskrit texts.

In New York he faced great hardships without money or a place to live. He began his mission humbly, by giving classes on the Bhagavad-gita in lofts on the Bowery, New York’s infamous skid row, and leading kirtan (traditional devotional chants) in Tompkins Square Park. His message of peace and goodwill resonated with many young people, some of whom came forward to become serious students of the Krishna-bhakti tradition. With the help of these students, Bhaktivedanta Swami rented a small storefront on New York’s Lower East Side to use as a temple.  In July 1966, Bhaktivedanta Swami established the International Society for Krishna Consciousness for the purpose of checking the imbalance of values in the world and working for real unity and peace.  He taught that each soul is part and parcel of the quality of God and that one could find true happiness through living a simpler, more natural way of life and dedicating one’s energy in the service of God and all living beings.

Having begun initiating his American followers into the Gaudiya Vaishnava lineage, Bhaktivedanta Swami next traveled to San Francisco. Amidst the emerging hippie community in the Haight-Ashbury district, during 1967’s “Summer of Love” he taught that the experience of devotion through kirtan was a spiritual “high” superior to any pleasures derived from material sources such as wealth, fame, or intoxication. In the following months many more came forward to assist him. Desiring to address him with the respect due a revered spiritual teacher, his disciples began to call him Srila Prabhupada, meaning “one at whose feet the masters sit”.

Srila Prabhupada circled the globe 14 times, bringing the teachings of Bhakti to thousands of people on six continents. Men and women from all backgrounds came forward to accept his message. With their help, Srila Prabhupada established centers and projects throughout the world including temples, rural communities, educational institutions, and what would become the world’s largest vegetarian food relief program. With the desire to nourish the roots of Krishna-bhakti in its home, Srila Prabhupada returned to India several times, where he sparked a revival in the Bhakti tradition.

Perhaps Srila Prabhupada’s most significant contribution is his books. He authored over seventy volumes of books about Bhakti-yoga which are highly respected for their authority, depth, clarity, and fidelity to tradition. His writings have been translated into 67 languages. His most prominent works include: Bhagavad-gita As It Is, the 30 volume Srimad-Bhagavatam, and the 17 volume Sri Caitanya-Caritamrita.

The teachings and the rich culture of Bhakti had been hidden behind the borders of India for years. Today, millions of people around the globe express their gratitude to Srila Prabhupada for revealing the timeless wisdom of Bhakti to a world immersed in a materialistic and self-destructive ethos.  A. C. Bhaktivedanta Swami Prabhupada passed away on 14 November 1977 in the holy town of Vrindavan surrounded by his loving disciples who continue to carry on his mission. 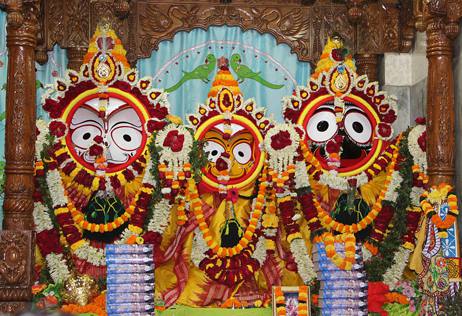